The next Mario Kart should be the Ultimate one 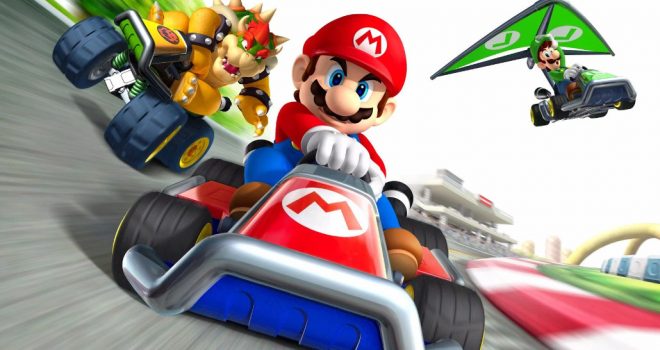 You see, Mario Kart isn’t the only Nintendo racing franchise without not only a new entry on the Switch. It’s not even the only Nintendo racing franchise without a new entry on the Wii U. Nintendo has a few other racing series that have been long dormant and are begging for new life. Do you remember Nintendo’s Jet Ski racer Wave Race and its sequels? The last Wave Race game was released way back in 2001 with Wave Race: Blue Storm on the GameCube.

Another notable Nintendo racing franchise which hasn’t seen a new game released in more than a decade is F-Zero. The series launched with F-Zero on the Super Nintendo back in 1990 and the last F-Zero game to be released was GX on the GameCube in 2003, though two GBA games were released in 2003/2004.

Who knows if or when we’ll see a new game in either of those racing franchises.

Think about it. We could get a circuit or two (4-8 tracks) featuring courses based on, inspired by, or originally a part of Wave Race. Same goes for F-Zero. Imagine playing Mario Kart with some courses bouncing atop the waves in the ocean. Imagine racing with Mario and company at super high speeds in F-Zero style courses. Now add in item boxes, bananas, and blue shells to the mix.

Add in some of the characters from those franchises to the racing roster and it’ll truly be a party.

But, we’re not done.

Nintendo still has one other dormant racing franchise. It only really had one game released way back in 1997 on the Nintendo 64. That was rereleased for the Nintendo DS . It’s a game that people have wanted to have a sequel to for years but never came to fruition after the developer was bought by Microsoft. I’m of course talking about Diddy Kong Racing!

Even if we can’t get a true sequel to that game, surely having tracks inspired by the that original game can’t be a herculean task, especially since the branding doesn’t need to be there. Diddy Kong is a Nintendo character after all. It’s actually surprising that Diddy isn’t a playable character in Mario Kart 8 anyway. It’s time to change that. If Diddy can fight in Smash he can race in Kart.

Moreover, Microsoft and Rare have been on better terms with Nintendo in recent years. The inclusion of Banjo & Kazooie in Smash is a testament to that.

So, what do you think? Would you like to see the next Mario Kart feature tracks and racers from Wave Race, F-Zero, and Diddy Kong Racing?