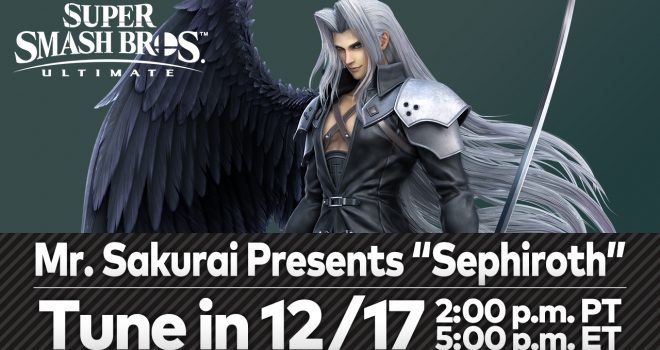 In a new trailer that debuted during The Game Awards, Nintendo announced that Sephiroth, the iconic villain from the FINAL FANTASY series, is joining the Super Smash Bros. Ultimate as a playable fighter this month.

More information about Sephiroth will be revealed in a special video dedicated to the upcoming fighter on Dec. 17 at 2 p.m. PT.