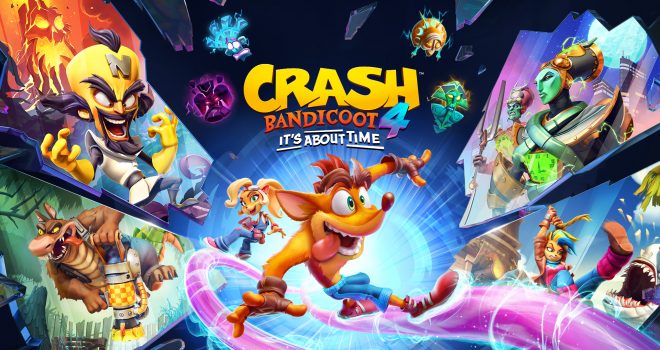 Crash fans will now be able to experience Crash Bandicoot 4: It’s About Time on the go when the time-shattering platforming adventure makes it way to Nintendo Switch in a few weeks.

Crash Bandicoot 4: It’s About Time will also be available for PlayStation 5 and Xbox Series X|S for $79.99 CAD. Pre-orders for Nintendo Switch ($59.99 CAD) are available in select territories starting today, via the Nintendo e-shop. The game will also be coming to PC via Battle.net, with pre-orders available now ($39.99 USD). Fans can expect more information on the PC edition at a later date, along with other fun happenings in celebration of the franchise’s 25th anniversary.

The game is available now for PlayStation 4 and Xbox One for $79.99 CAD, and players will be entitled to receive next-gen upgrades at no cost (except in Japan) within the same console family.