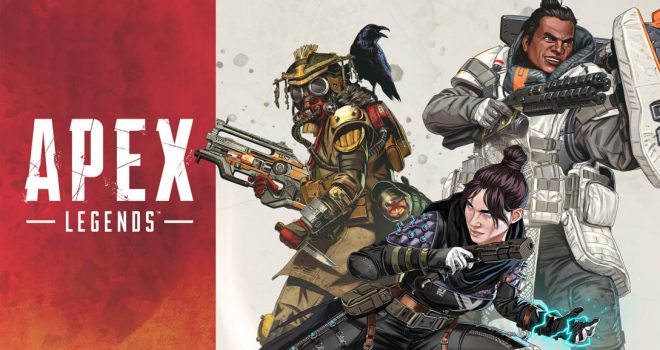 Apex Legends – Conquer with character in Apex Legends, a free-to-play* battle royale shooter featuring legendary characters with powerful abilities teaming up to battle for fame and fortune on the fringes of the Frontier. Master an ever-growing roster of diverse legends, deep tactical squad play and bold developments that level-up the battle royale experience. Apex Legends will be available on March 9. To celebrate the game’s launch, all players who jump into the game on Nintendo Switch before the end of Season 8 will get the new Legendary P.A.T.H. skin. Nintendo Switch players will be also be granted 30 free levels for their Season 8 Battle Pass (Premium sold separately). Additionally, from March 9 to March 23, players will also earn double XP.*

Sea of Solitude: The Director’s Cut – Adventure through a beautiful and troubling world, where nothing is as it seems, to confront and conquer your fears. Sea of Solitude: The Director’s Cut takes you through a drowned city where light has been submerged in darkness, and metaphorical creatures evoke painful emotions that Kay must face and overcome. Journey with Kay by boat and on foot, navigate harsh landscapes, solve puzzles and confront the monsters to help her find her inner peace and her sea of solitude.

Gnosia – In this adventure RPG, the crew of a drifting spaceship formulate a desperate plan for survival while facing off against a mysterious and deadly threat known as the Gnosia. The most suspicious among them will be put into cold sleep one by one in an effort to completely rid the ship of Gnosia. It’s almost impossible to tell whether each person put into cold sleep was really Gnosia or simply a poor, unfortunate scapegoat, sacrificed by the Gnosia for their own survival. Can the humans emerge victorious? Or is mankind doomed?

Wield the “Power of the Aegis” in Super Smash Bros. Ultimate – The Cloud Sea of Alrest has never seen a battle like this before! Today, Pyra/Mythra from Xenoblade Chronicles 2 join Super Smash Bros. Ultimate as its newest playable DLC fighters. Prepare for a massive brawl when deploying these two formidable warriors. Challenger Pack 9 contains both Pyra/Mythra as playable fighters, a new stage based on the Cloud Sea of Alrest setting and a selection of sweeping music tracks from Xenoblade Chronicles 2.  Challenger Pack 9 is part of Fighters Pass Vol. 2, which can be purchased for $29.99 and also includes Sephiroth from the Final Fantasy series, Min Min from the ARMS game, Steve & Alex from Minecraft and two more yet-to-be announced fighters as they release. Challenger Pack 9 can also be purchased separately for $5.99.