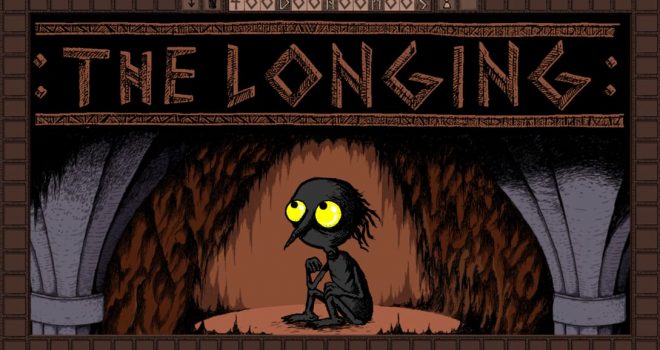 The Longing – With a beautiful hand-drawn art style and an intriguing story, The Longing is unlike anything you have played before! The big twist: You don’t actually have to play to see how it ends! But that doesn’t mean you should just sit idly by. As main character Shade, you must wait 400 days for your king to awaken. While waiting, you can explore dark caves, complete time-based puzzles and collect items. Start your countdown clock now.

FEZ – Gomez is a 2D creature living in a 2D world. Or is he? When the existence of a mysterious third dimension is revealed to him, Gomez is sent out on a journey that will take him to the very end of time and space. Use your ability to navigate 3D structures from four distinct classic 2D perspectives.

SaGa Frontier Remastered – The beloved 1998 RPG classic, SaGa Frontier, is reborn with improved graphics, additional features and a new main character! Experience this role-playing adventure as one of the eight heroes, each with their own storyline and goals. With the Free Scenario system, unfold your own unique journey.

The Darkside Detective: A Fumble in the Dark – Twin Lakes is a cursed city. That’s where The Darkside Detective comes in. Whenever you hear a bump in the night, feel a tingle up your spine or smell something fishy, Detective Francis McQueen isn’t far behind. Investigate the city’s many strange, often paranormal, always paradoxical happenings in this classic point-and-click adventure game with a distinct sense of humor.

Godstrike – In this 3D boss-rush bullet-hell action game, you embody Talaal, the last of God’s seven masks. Talaal finds her bearer just in time to fight against its siblings, which hunt her to absorb the power within the mask. The bearer is now trapped in a war that does not belong to her, a cycle that seems impossible to break.

While Aerial_Knight’s Never Yield slides onto Nintendo Switch on May 19, a demo is available in Nintendo eShop now. This is not your typical “runner” game! Run, jump, slide and dash through a futuristic Tokyo-styled Detroit to a head-bopping soundtrack as the protagonist Wally to save what’s left of the future.