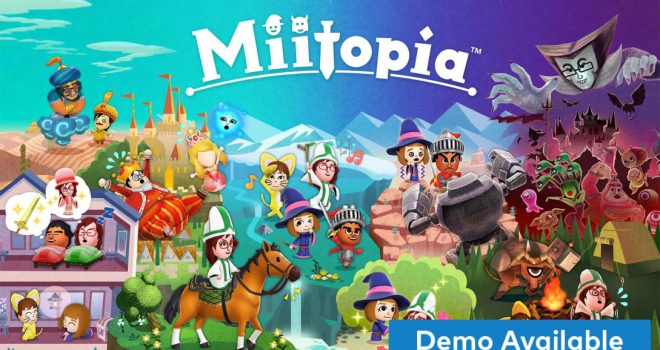 Miitopia – Journey through a vast world battling enemies on a mission to rescue faces stolen by the villainous Dark Lord. Miitopia lets you customize your quest by creating Mii characters of your friends and family, or anyone you choose, and then casting them in a hilarious series of escapades. Plus, you’ll have even more customization choices when creating your Mii characters in Miitopia with the addition of wigs and makeup. In this whimsical adventure, you can assign your team of Mii characters individual personalities, along with jobs like Warrior, Chef and Pop Star which will determine their approach to combat. Laugh along as your best friend and dear old grandma team up in the fantasy adventure of a lifetime! Miitopia will be available on May 21.

Knockout City – Throw, catch, pass, dodge and tackle your way to glory! Team up and duke it out with rival Crews in Knockout City to settle the score with epic dodgeball battles. Brace yourself for outrageous fun and intense competition in a new take on team-based multiplayer games. Customize your character and form a Crew with friends to start your Knockout City takeover. Knock out opponents with trick shots and coordinated teamwork while dodging and catching balls flying across the map. No ball? No problem! You can ball up, roll into a teammate’s hands and become the ultimate weapon. Knockout City will be available on May 21.