‘Transiruby’ launching this fall for PC 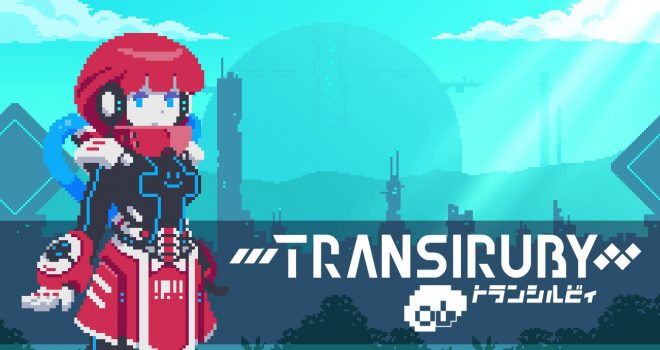 Game developer Skipmore and FlyHighWorks announced at Indie Live Expo 2021 that their 8-bit metroidvania game Transiruby will be released on PC via Steam this fall. The game had originally been announced for Nintendo Switch back in 2018 but the new announcement doesn’t mention the Switch.

Skipmore along with FlyHighWorks have released multiple games on Nintendo 3DS and Switch in the past, including the Mercenaries Saga series and Fairune games.

Explore the mysteries of an unknown land!
”Transiruby ” is a metroidvania game where you explore the world as a cyborg protagonist named Siruby. Slash and shoot your way to reveal its hidden secrets!

A strange continent from a different dimension has suddenly appeared… and Siruby, a young cyborg traveling space just happens to pass by. Taking her trusty AI partner “Ne-com” with her, she sets out to explore this unknown land.

Meet other characters such as “Yamato”, an unusual cyborg girl and “Douglas” the treasure hunter as you follow Siruby through her adventure.

[Features]
A new metroidvania game by Skipmore, the creators of “Kamiko” and “Fairune”! Expect the same high quality action… with a dash of adventure and puzzle-solving.

◎ Quick, stress-free sword action
◎ Freeze enemies using an element gun to use them as a foothold!
◎ Collect golden “Tranchips” to open doors to the next stage!
◎ Perfect balance of puzzles and riddles accent the game!
◎ Sylvie is a cyborg, so she can transform into a plane and a motorbike!