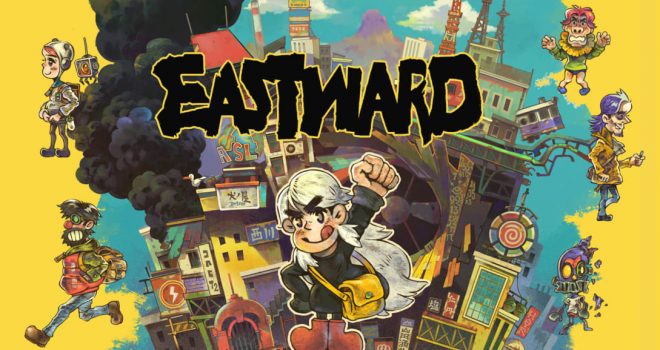 Eastward – Next stop … Eastward! Escape the tyrannical clutches of a subterranean society and join Eastward’s unlikely duo on an exciting adventure to the land above. Discover beautiful yet bizarre settlements and make new friends as you travel across the world by rail. Combine John and Sam’s skills to solve dungeon puzzles, take down unusual enemies and survive the deadly miasma. Can you uncover the truth behind Sam’s mystic powers and bring back harmony to Eastward’s ravaged lands?

SkateBIRD – Grind on bendy straws, kick-flip over staplers and carve killer lines through cardboard and sticky tape parks in SkateBIRD! You’re a lonely lil’ bird, and your Big Friend has hung up their board for good. Their job sucks, and lately, they’re barely ever home to play with you. You’re gonna fix all that with the power of being a chill little skateboarding bird. You may be tiny, but the more you skate, the more of a following you get, and the more the world of bird skating will open up. Birds will come check out your park, help you find more parks and together you’ll (somehow) fix Big Friend’s life! Above all else, skate birds try their best!

TOEM – Set off on a delightful expedition and use your photographic eye to uncover the mysteries of the magical TOEM in this hand-drawn adventure game. Chat with quirky characters, solve their problems by snapping neat photos and make your way through a relaxing landscape! TOEM will be available on Sept. 17.