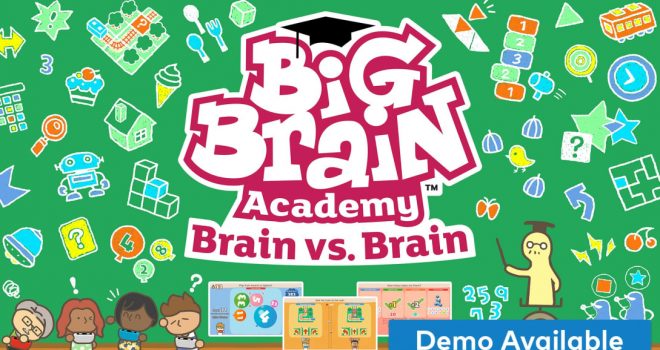 Big Brain Academy: Brain vs. Brain – Take on a series of brain-bending activities that test your mental mettle in the new multiplayer* party game that anyone can play! You can boost your skills and speed by playing a wide variety of activities while also having a blast. Go brain-to-brain with friends and family in four-player matches to see who gets the highest score. Everyone can play together at varying difficulties, so a kid can hold their own against an adult in this battle of the brains! The Big Brain Academy: Brain vs. Brain game will be available on Dec. 3. Want a sneak peek at the game? Download the free demo now in Nintendo eShop to try three activities in Solo and Party mode.

Sam & Max: Beyond Time and Space – This remastered version of Telltale’s second season of episodic Sam & Max games has been lovingly updated by a small team of the original developers. Sam is a six-foot canine detective with a nose for justice. Max is a hyperkinetic rabbity  thing with a taste for mayhem. Together, they’re the Freelance Police – an irreverent comedy duo whose esoteric crime-fighting style has been entertaining comic book and video game fans for more than 30 years. Sam & Max: Beyond Time and Space will be available on Dec. 8.