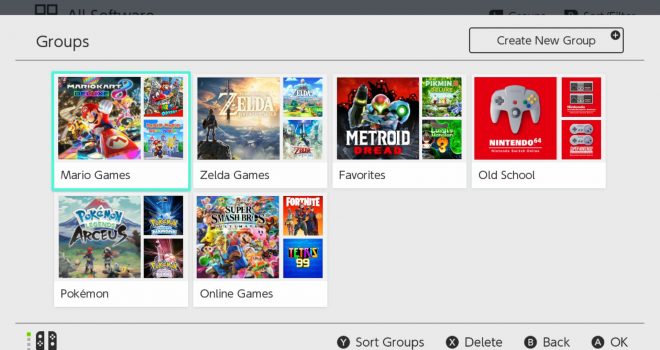 Nintendo has released version 14.0.0 off the Nintendo Switch software and it actually comes with a new feature.

Customization on three Nintendo Switch has been non-existent since the console launched. After the numerous themes, stickers, and music options for the Nintendo 3DS, the Switch has had a white and black theme. That’s it. This new updatefinally let’s you group games into, well groups.

The group option doesn’t change the way the main list of games are sorted, whether you choose to sort them by recently played, length of time played, title, or publisher.

It’s a small change, but a welcome change. Now let’s get done actual customization on the Switch.

This popped up on my memories. Do you remember 3DS themes? When will Nintendo bring these micro-transactions to Switch? Please @NintendoAmerica?#NintendoSwitch pic.twitter.com/lsiENoSNfn