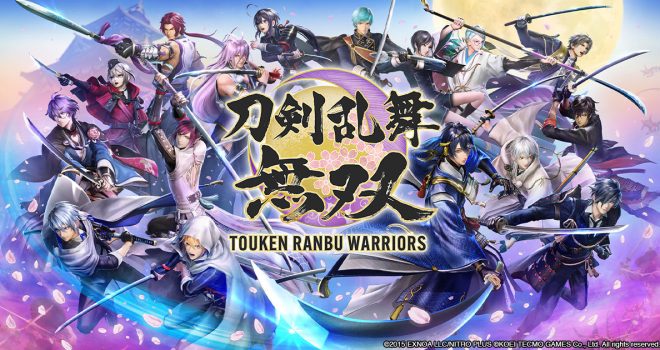 Touken Ranbu Warriors – This action game is a collaboration between the “spirits of blades” simulation game Touken Ranbu -ONLINE-, presented by DMM GAMES and NITRO PLUS, and the thrilling 1 vs. 1,000 WARRIORS series from KOEI TECMO GAMES. The Touken Danshi, 15 blades incarnate who had been drifting aimlessly without a Saniwa master, are suddenly attacked by the History Retrograde Army. After the battle, they are assigned by the Government of the Time to undertake “onslaught investigations.” The masterless blades have no choice but to depart for the chaotic world of the Sengoku Era, whose history had already begun to be altered. Touken Ranbu Warriors and Touken Ranbu Warriors Digital Deluxe Edition will be available on May 24.

DEADCRAFT – Welcome to DEADCRAFT, a new twist on the zombie survival-action genre! In a world ravaged by a deadly virus, the half-zombie Reid must survive not only by battling hordes of the undead with anything he can get his hands on – including axes and weedwhackers – but by also growing some zombie followers of his own. Choose your allies and enemies wisely as you try to make it through the apocalypse alive! DEADCRAFT and DEADCRAFT Deluxe Edition are available now in Nintendo eShop.