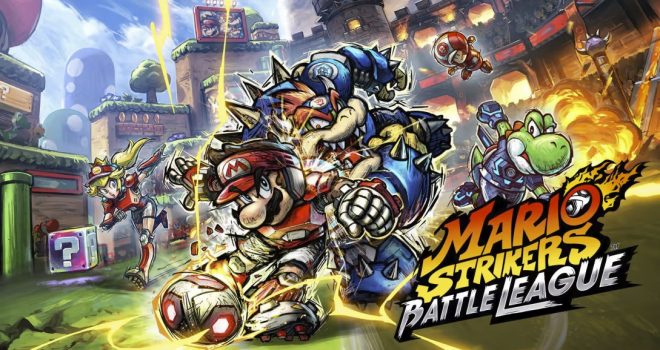 Mario Strikers: Battle League – Lace up those cleats because it’s time to get gritty in the Mario Strikers: Battle League game for the Nintendo Switch system! Select among familiar faces from the Mushroom Kingdom, including Mario, Peach, Donkey Kong and Toad, and play locally* with up to eight players or Strike against the competition online!** Deploy deeper strategies by donning special gear to vary your stats, including increased scoring potential, or up your strength to resist tackles. Once you’re geared up, gather your friends together in the online-only Strikers Club mode and shove your way up the rankings each season. Do you have what it takes to be the ace of Strike? Mario Strikers: Battle League will be available on June 10.

Freshly Frosted – What’s your favorite donut? Sweet and sprinkled, a jolly jelly-filled, perhaps a marvelous maple bar? What about one shaped like a pumpkin, a snowflake or a star? Journey through this sweet sensation accompanied by soothing narration, eye-catching themes and more than 144 puzzles to bake your way through. Discover many a whimsical shape as you explore a sweet skyscape of pastry possibilities in Freshly Frosted, available on June 10.