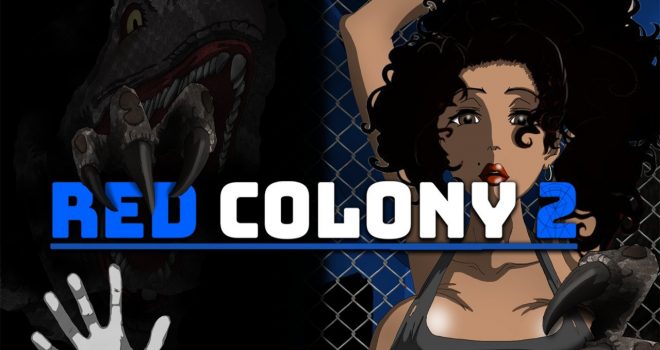 Red Colony 2 is the sequel to Red Colony which builds on the story of the first game. Taking place directly after the first game it follows the elusive villain character of the original, but shows that her actions last time around weren’t so cut and dry.

The Blue Colony was a place of opportunity, a capitalist metropolis where hard work, determination and a keen eye for business could punch you a one-way ticket to the top of the illustrious Sky City. . . That was until the Virus hit. Now the elite are hunted by flesh-eating monster that were once their former workers.

You play as Nicole, a mother desperate to get her daughter out of the terrifying slum at the bottom of the bottom in the Blue Colony. Your task is not an easy one, the slum has been hit hardest by the outbreak and zombies are not the only thing stalking you from the shadows.

The game is a 2D side-scrolling survival horror game similar to the classic Resident Evil games. The game has a pretty simple art style but features intricately designed backgrounds and environments. The game designers are building a visual history of the colony rich with its own pop culture and history, told through the remains of the colony environments.

We’ll get into that in a moment.

In the game Nicole tries to escape the zombie apocalypse after first rescuing her daughter who was being held hostage before everything went wrong.

Much like the first game you start off with nothing in your inventory but your wits. You eventually find a melee weapon in the form of a baseball bat and get access to firearms. As in the previous game, you’ll have to craft weapons and ammo. This is done via 3D print materials you find around the colony and 3D printing kiosks. These kiosks also allow you to save your progress.

One change made in Red Colony 2 is that not all items are indestructible. The game introduces the breakable item mechanic and your melee baseball bat weapon has a limited number of hits it can take before it breaks. While in the previous game you got a knife which you could use to attack an unlimited number of times, the bat only lasts a few whacks before breaking. You’ll find a couple around but it makes the bat a perishable weapon source like the guns.

Red Colony nails the creepy and foreboding atmosphere. The background music is ominous in tone and at times there is only ambient noise in the background. Add in some zombie sounds and the occasional raptor chirp in the distance and the game ratchets up the tension.

So, back to the dinosaurs.

There’s a story reason that explains why there are dinosaurs in the game, but I won’t spoil that. An NPC in the game warns to steer clear of the raptors as they’ll kill you in one blow. That’s more than true in the game as once you’re even near one you’re dead. Cue a cutscene and watch Nicole get ripped apart. The game makes good use of these creatures to cut you off from places you’ve been and can’t go back to. There are also a few cleverly placed raptors as well that punish you for getting too curious and explorative. I more than once got brutalized by an unexpected raptor attack.

You can’t outrun the raptors once they see you. Though if you hide somewhere out of sight or reach you can sometimes wait them out as they have a set walking pattern when not actively hunting you down.

The controls in the game are pretty good. Movement and gameplay is quick and responsive. There is no real delay in the response time to the controls, which is important when timing is every thing.

I really enjoyed Red Colony 2. The inspiration from Resident Evil is clear with a little Dino Crisis thrown in the mix. It’s a bit on the short side but the atmosphere makes the game tense and enjoyable. 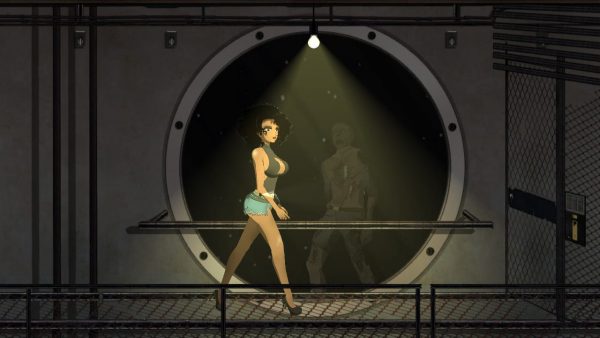 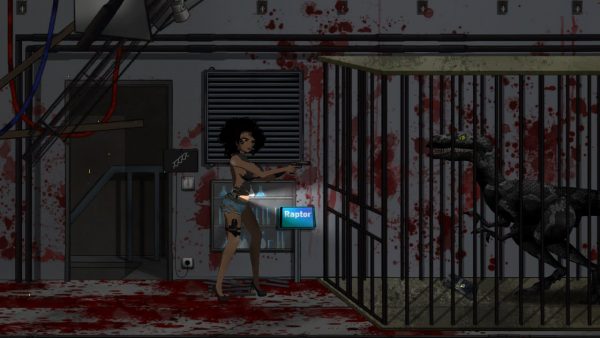