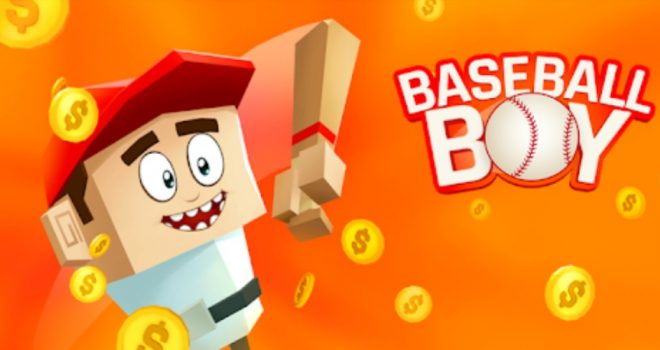 Baseball Boy is a fun, mindless mobile game that strikes out with overwhelming advertising.

I get it. The game is a free game available for mobile phones. And while there is a paid version that costs a few dollars, the majority of people are going to play, or at least test out, the game with the free version. The advertising in the free version of the game is both intrusive and annoying.

Let’s first touch on the game itself.

The name of the game is simple. Hit the baseball as far as you can. A slider moves back and forth on the bottom screen and you tap the screen to stop the slider. If you stop it in the centre the ball will be hit straight. Stopping the slider to either side will cause the ball to hook right or left.

When you hit the ball it will fly down a long road, over boxy houses and neighbourhood. The further you hit the ball the more money you will earn. That money you can put towards upgrading your power, speed, and the bounce of the ball you hit. You can also tap the screen up to three times after a hit to give your shot an extra boost. 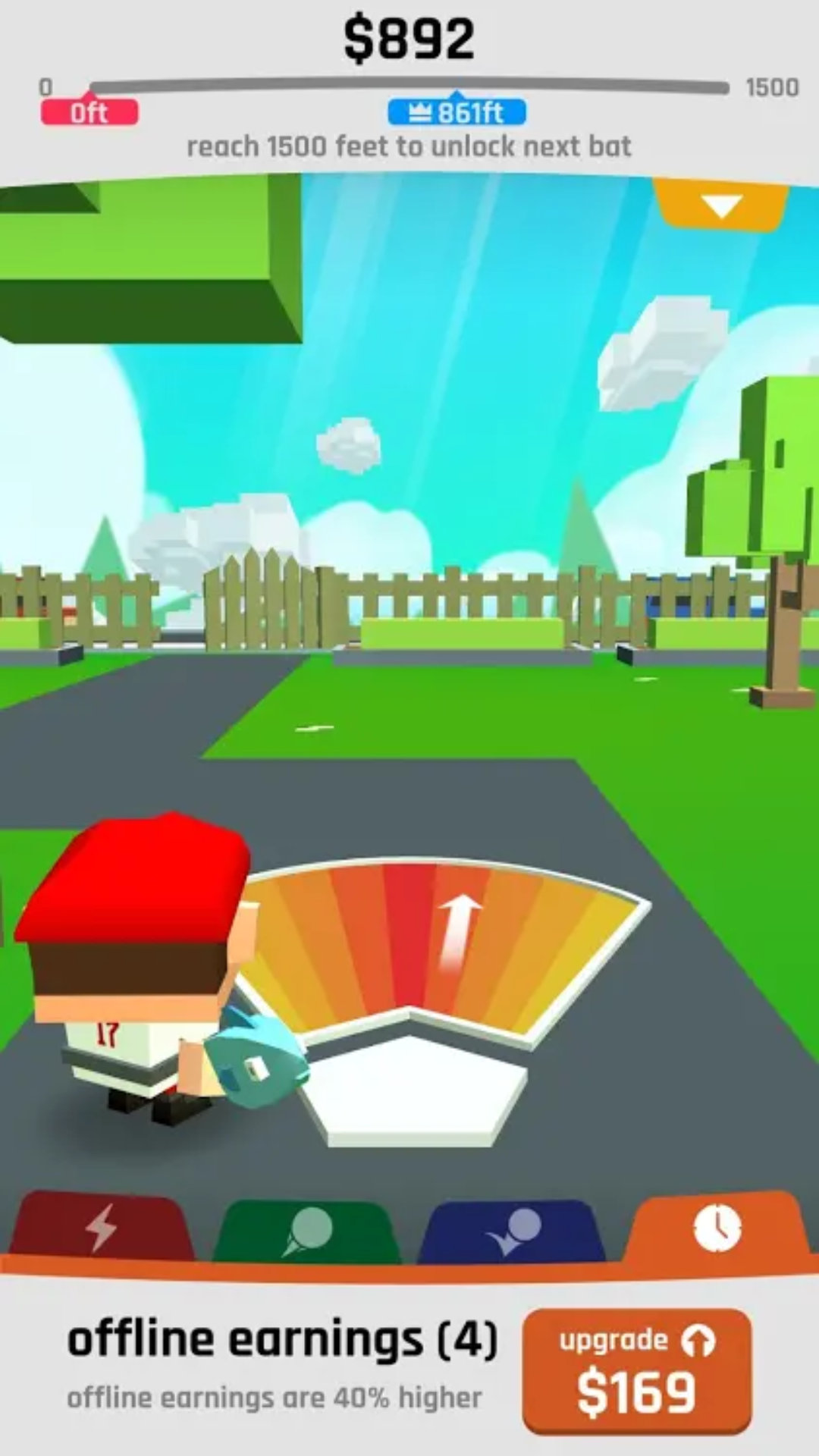 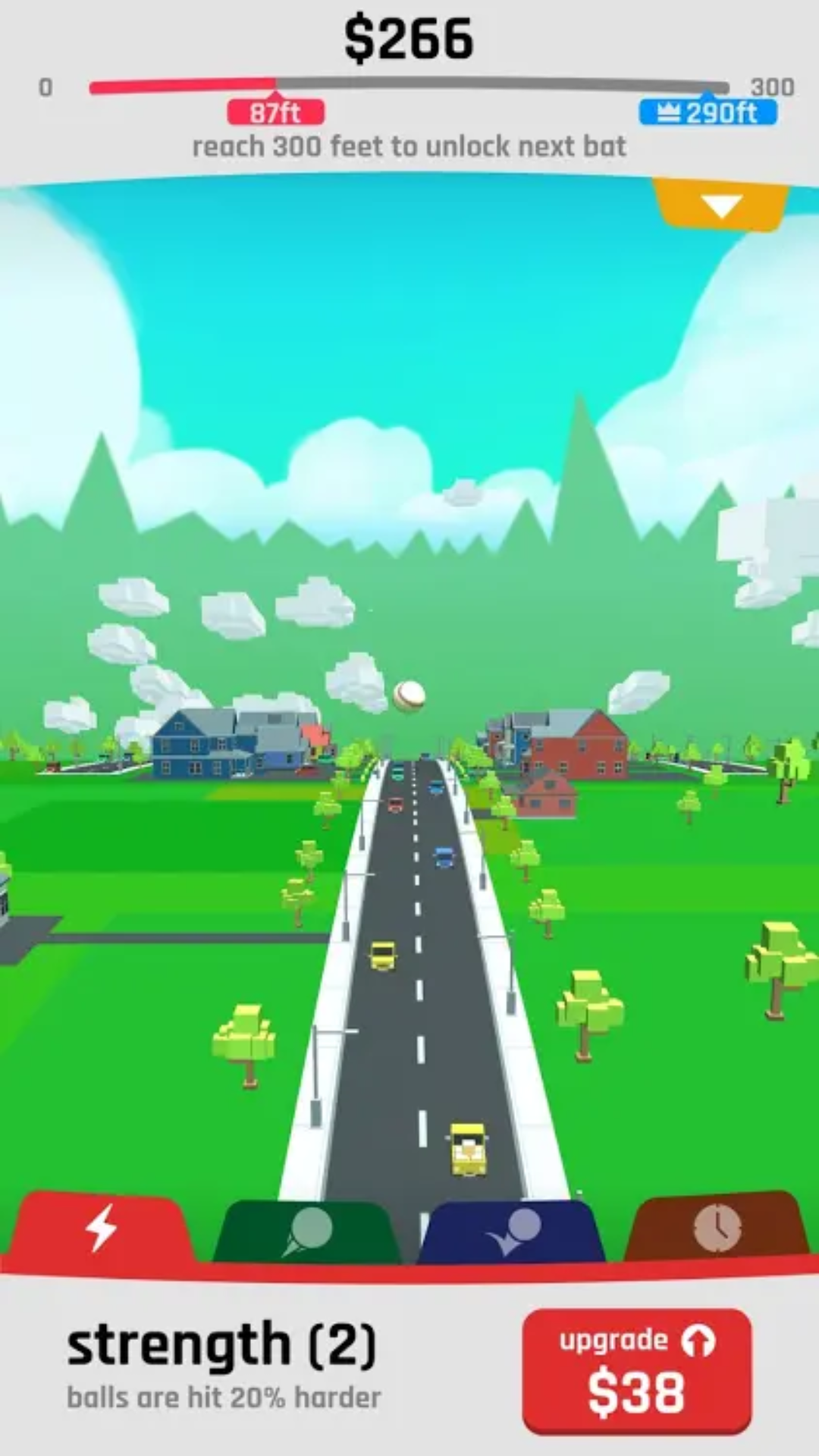 When your ball stops and you find out the distance the ball traveled you can collect your winnings, or you can double your prize money by watching a video advertisement. This isn’t too bad and if you want to rack up your money more quickly, this is a way to go. You can’t do it after every hit though, and these video ad watches don’t count towards the other insane amount of ads there are in the game.

The advertising becomes too much, and it drags the game down, because of the forced video ads throughout the game.

After every two hits of the ball a video loads and plays advertising other mobile aps and games. The ads can be skipped after about five seconds or so, which requires two taps of an “X” button. Some of the ads are text based, but the majority of them are full videos. This is in addition to a banner ad which is perpetually on the bottom of the screen. Skipping the ads isn’t too difficult, but with how quickly the hit of the ball takes, the ads run in what amounts to once every 30 seconds. There are also some forced video ads that take the place of buying upgrades with money you earn.

Also these forced ads in lieu of cash upgrades don’t count towards the “two hits before an advertisment” and when you do them you may end up with a video ad after one more hit. The same goes for choosing to watch a video ad to double your earnings.

One thing that is odd is that the game has no sound at all. There is no background music or sound effects while you hit the baseball, yet nearly every intrusive ad has full and loud sound.

As your hits stretch further and further, you’ll level up and unlock new wacky bats. Plus you can use gems you collect to buy new outfits for your character, but these aesthetic touches can’t help the overwhelming ads. Hits take about 10 seconds. Ads take just about as long before you can skip them.

It should be noted that if you turn off the data on your device you can avoid much of the forced advertising, though the ad click-throughs in lieu of cash upgrades do still work. You also won’t be able to watch videos to double your earning.

A game in which you spend more time watching advertising than actually playing the game isn’t much fun.