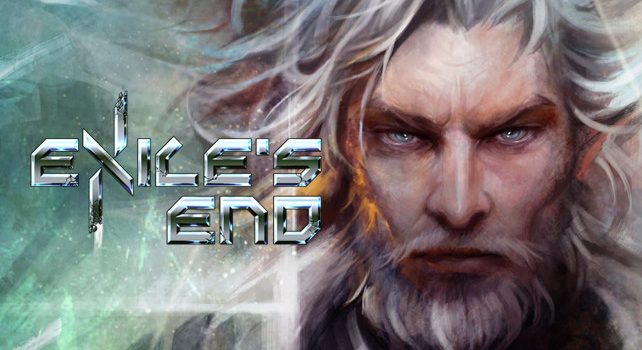 The Metroidvania style of game is one that many people have fond memories of, especially if you grew up in the days of the original Metroid and Caslevania games (where the genre name comes from) on the original NES. They were notorious for their immersive gameplay, huge environments, and very little room for error. Healing items were sparse, you had to defeat enemies in order to get “drops” of items, and there was always the sense of fear for your life. That style of gameplay and experience is emulated well in Exile’s End which is a great homage to the genre.

Much like the games from which it is inspired, Exile’s End throws you right into the thick of things.

In the far future, a massive corporation called Ravenwood controls commerce on Earth and on numerous other worlds across the galaxy. They are not unlike a nation, with their own army, economy, and would-be government.

When the son of Ravenwood’s president goes missing on a remote mining planet, and all contact with the miners’ colony is lost, a mercenary team is hastily assembled and sent out to determine just what happened. Among the members of this team is Jameson, an old soldier with a dark past he’s trying to forget.

Just as the ship carrying Jameson and his team arrives, however, it experiences a catastrophic electrical failure and crash-lands upon the planet’s surface, with Jameson the only apparent survivor. Trying to reopen communications with the Ravenwood corporation, he comes across what’s left of the mining operations upon this desolate planetscape, and learns a truth far more sinister than he ever could have imagined.

You start the game marooned on this planet with nothing to your name, not even a weapon. Thus begins your odyssey to try to escape the planet, and survive.

As you progress through the game you’ll get upgrades to your suit armour, find weapons, and other items to use. You’ll also have to solve puzzles by riding wind currents, draining waterways, weighing down switches, and more.

The environments is frought with dangers too, including armed soldiers, wild animals, and other creatures to do you harm. There are also spikes to contend with, both above and below. Word to the wise. Don’t land in the spikes. This game treats them just like they would were this a real survival experience. Falling into a pit of spikes equals instant death. 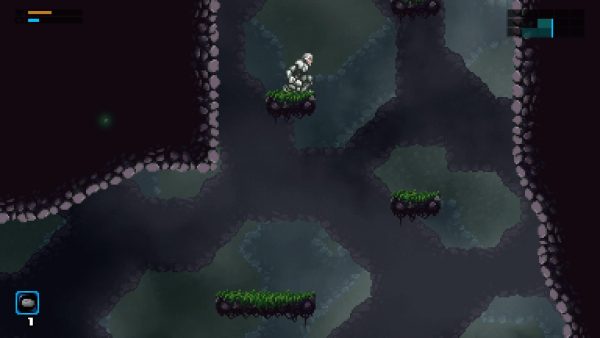 While the game can be brutal with healing items and death, it is very forgiving in the way of saving. In the game (the Wii U version was played for this review) the game auto-saves at every load screen, so if things go horribly wrong you lose very little progress. So one wrong move, while resulting in death, won’t cost you much time.

Exile’s End looks great in a nice retro SNES pixelated style. You’d swear that you were playing a Virtual Console SNES title on your Wii U. The game even adds to that retro feel by having an option in the settings which makes the game’s visual presentation mimic the look of an old tube television.

Going along with the retro look is an amazing retro soundtrack. The game’s soundtrack was composed by Keiji Yamagishi, the legendary composer for Ninja Gaiden for the NES, Tecmo Super Bowl, and Dynasty Warriors. The music varries from intense to silently unsettling, which adds to the atmosphere of the game.

The game is massive, with hidden treasure chambers and more than 1,200 separate screens to explore through. These screens are spread between multiple different environments, which you’ll be treated to multiple times. In true Metroidvania-style progression, acquiring a new item or ability may open up new areas to explore in past areas.

And exploration is key in the game. 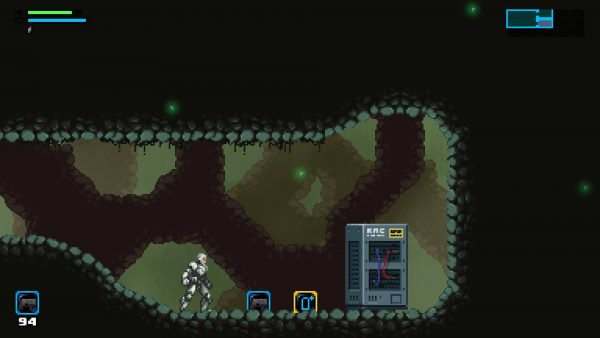 Multiple times I became stuck in the game, wondering where I was supposed to go next. At times it isn’t clear what the next objective is, especially after finding a new item or skill. Since the game autosaves, playing around with items can help figure things out without worry of “wasting” items. Using the right item in the right place, or finding a wall that can be broken through can be key.

When I wasn’t getting stuck and lost this game was really fun. Exile’s End is one of those games where you sit down and play it for a long time before putting it down, and then think about it when you’re not playing it. Where you go back and forth between screens so that enemies respawn so you can kill them for their item drops, hoping for a little bit of health. Often ending up with less than you started out with.

If you’ve ever played a Metroid or a Castlevania game and you love the look and feel of retro SNES-styled games, then Exile’s End will fit right into your digital collection. The game is available for Wii U, PS4, PS Vita, and is also available on Steam.