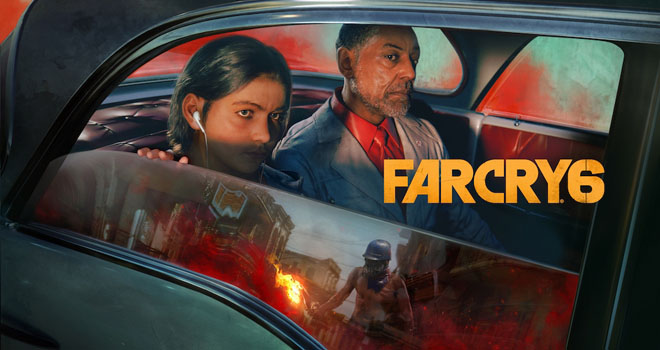 Ubisoft has been knocking it out of the park lately with Far Cry content. The fifth entry in the series is probably one of my favorite games of all time. We’ve always known them for great world building, but everything just feels more alive now. The locations you visit feel plausible and they stand out as visual set pieces in your memory. Far Cry 6 feels like a return to somewhere familiar for the series, but with a next gen sort of update to the locale.

Set in the fictional country of Yara, FC6 sees you taking on it’s oppressive regime. You’re more of an independent mercenary of sorts named Dani. Working for a rebel group, but at the same time trying to bring all of the other factions together to fight back. As I said, the game shines most with it’s world. After a stunning set piece run through the main capital to start the game, you’re dropped off on a small island. Here you learn the basics, meet the characters, etc. But even here there are moments that stand out. When you reach the mainland it’s really eye opening to see just how enormous the world itself really is. 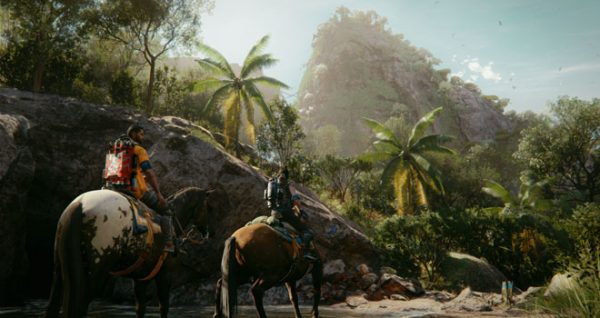 One of the big additions the game gives you early on is a Mandalorian like backpack. This not only works as a “super” move like in Destiny when your meter is full, but also has secondary abilities as well. My favorite was a jetpack of sorts that let you burst forward. This sort of improved mobility had some versions in Far Cry: New Dawn and it’s great to have a bit more freedom in FC6 as well.

It certainly helps out when exploring the diverse land of Yara. Because much like Link in Breath of the Wild, it’s fun to forget that you’re on an important mission and sidetrack yourself. Yara is full of hidden treasures and those are some of the most fun times in the game. Instead of being a guerrilla fighter, you can wander off on Assassin’s Creed like quests to explore old ruins and solve puzzles. It helps that you’ve got this action packed game on top, with so much more to do in the world if you so choose. 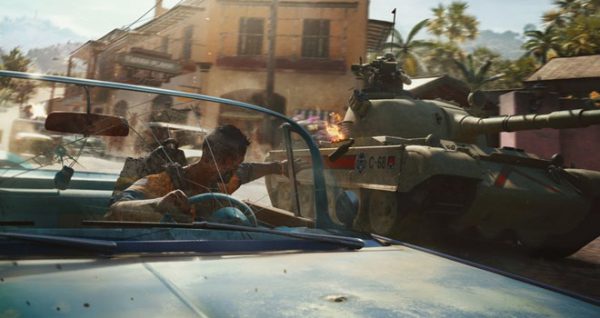 The characters are over the top, but typically quite enjoyable. There have been many times I’ve met one and just feel like, “Oh, this person is super developed and oozing with personality. I must know them from the trailer!” Nope. Just happens to be that well designed of a character. Many of them are wacky but somehow natural. Even Juan whom you meet almost immediately (who also introduces you to the Crocodile pet that can join you) has this whole numbering system of rules to being a guerrilla. It isn’t long before Dani is groaning at rule number X, but the game does even use these in loading screens as ways to teach you new tactics.

Overall the story flows the way an oppressive regime should. Really, you don’t know what’s going on. Sometimes, people are shot in the street. The government is making some sort of tobacco product that’s used in some cancer medicine. Things are intentionally vague. All you know is you want to protect the people of Yara. The cause seems noble in what the government is promoting, but it doesn’t reflect what you see living in the actual country.

Like many, the only real issue I came across is that you don’t have a skill tree in this one. Instead, all of your abilities are tied to gear. So if you want to track nearby animals, you need to swap your hat. Stuff like that. It sounds fine on paper, until you need some of those skills in a pinch and have to pause to go change your clothes. That and sometimes I felt melee attacks weren’t really fairly connecting. Quite a few times my machete would be about to connect with an enemy, just an inch away, and they’d counter and knock me to the ground. 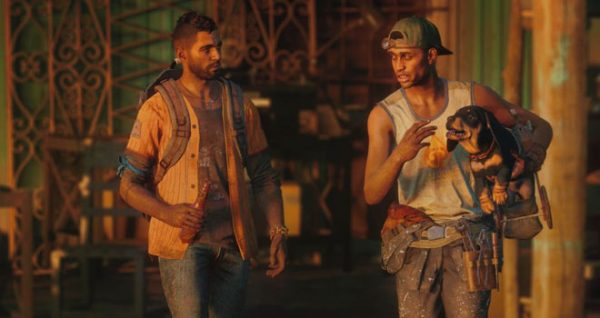 That being said, a game that boasts a huge open world to explore with actual content in it, a sprawling story, and hours upon hours of crazy gunfights or tactful stealth infiltration, it’s clearly a winner. This is Far Cry at it’s finest yet. It runs smoother, flows better, looks its best, you name it. I personally would have liked to explore more of the America we left behind in Far Cry 5 in new regions, but my own love for the previous title aside, it’s a great addition to the series that you certainly won’t regret.

Even early on, you’ll find aircraft. If anything, Far Cry 6 isn’t stingy about mobility. You’ll sit down in a boat before long, be able to fast travel quickly, and take to the skies. The only thing you need to do is pre-plan by taking our anti-aircraft sites at the locations you’re headed to. I was even able to wander into what I presume are end game areas and pick up some fun gear. The world isn’t closed to you. Even areas that feel shut down and impossible have ways to get in and play around. Even before starting much I took a tour of Yara by circling the entire mainland. There’s a freedom here that really stands out. 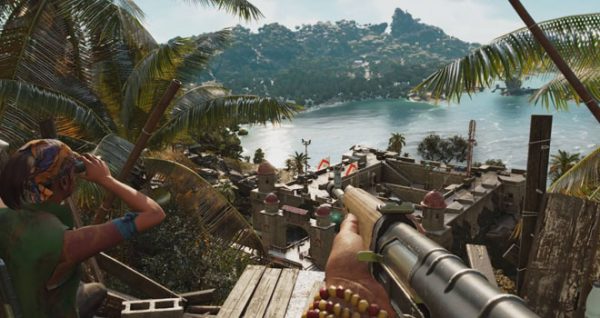 Far Cry 6 is more than just a shooter. It’s a rich world full of lore that lets you decide how to tackle your missions. There’s a lot of options here, and a ton of distractions to keep enjoying the world long after you’ve run out of story. It’s another great investment in a virtual playground Ubisoft has created, not to mention the upcoming DLC that allows you to play as villains from Far Cry 3-5. If you’ve enjoyed the series, you’re getting more and better of what you love.