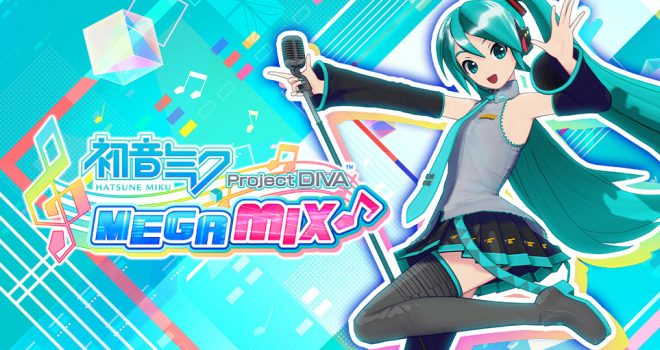 It’s been some time since I’ve played a rhythm music game. My introduction to the genre was way, WAY back with Dance Dance Revolution 3rd Mix on the original PlayStation. Then other than a brief stint in Guitar Hero and a little bit of Theatrhythm Final Fantasy on the Nintendo 3DS, I haven’t played the genre much at all. One thing is for sure though – they didn’t prepare me for this. Hatsune Miku: Project DIVA Future Tone is an entirely different game in itself. Those other game were tame by comparison.

The meat and bones of Hatsune Miku is the rhythm game. The game is built just like you were walking into an arcade and dropping coins into the arcade machine, except that with the purchase price you’re getting unlimited plays. You’ve taken that arcade cabinet home with you and can play it in your living room. Or on the bus since you can take the Nintendo Switch with you and play anywhere.

So what is this game all about?

Like any rhythm game the main mechanic of the game is to press the button in time with the beat, when the markers on the screen tell you to do so. Basically when the floating ‘A’ lines up with the flashing ‘A’ on the screen you press the ‘A’ button. This repeats for other button inputs as well like B, X, and Y. Thrown in the mix are also the ‘L’ and ‘R’ buttons as well.

The button presses usually come to either the beat or to the lyrics of the song. They are pretty repetitive so once you get a good feel for the rhythm of the song you can fall into a pretty good grove. The game does a good job of ramping up the difficulty in the late stages of the songs though as the inputs get a bit more complicated.

In addition to the presses of the buttons there is also a hold mechanic whereby if you hold the button down when prompted your score will get a bit of a boost. But while these holds are taking place you’ll still need to continue tapping other buttons. This is where a bit of accessibility for the game also gives you added flexibility.

While you do get 100+ songs right off the bat there are some things to unlock in the game. There are six main characters you can choose from to star in the music videos you watch while playing the game. Each of the characters have dozens and dozens of unlockable costumes they can wear during these performances. You’ll earn ‘VP’ for successfully completing songs in arcade mode. When you add it up there are more than 300 different outfits. They range from classy to cool to sexy. Though if you want to unlock some of the skimpier outfits (bikinis) it’ll cost you the most VP of all. Most outfits are about a couple of hundred VP; a bikini will set you back 3,000 VP. Though completing a song and doing well can land you 500+ so you’ll be unlocking those scantily clad outfits in no time.

Some of the outfits come from other SEGA properties including Space Channel 5, Virtua Fighter, and Sonic the Hedgehog. That’s right, you can dress up Miku to look like good ol’ Sonic. Not sexy at all, but funny as hell.

You can also choose from a bunch of premade t-shirts included in the game (no unlocking needed) and even customize some t-shirts as well. There are five slots available to flex that creative muscle and draw your own designs on the girls, should the desire strike you.

Coming out about a month after the release of the game are six downloadable song packs, each of which will set you back $7.99 CAD. Each pack has six more songs. Normally I’d kick up a fuss over the blatant cash grab here with DLC available so soon after release, which could have been easily included in the base game. But considering that the base game does include a hundred songs, I guess it’s not so bad. It will take me some time to exhaust though the playlist and get bored of the songs that are included. These DLC tracks can also be purchased as part of a bundle.

The new gimic in the game is the addition Remix mode, which lets you play the game with use of the motion controls in the Joy-Cons. In this mode you grip the Joy-Cons in either hand and hold the upright. Instead of letters flying across the screen there will be two colour bars which float downard instead. Tile the Joy-Con left or right to line up your curser with the colour bar and press the ZL/ZR button in time. This mode is neat but wrapping my brain around tilting the left Joy-Con right while tilting the right Joy-Con left  in quick succession was a lot. It’s doable but is in no way as intuitive as tapping away on the buttons.

Perhaps one of my favourite features is the abiltity to forego the rhythym game entirely and just sit back and watch each music video. The one downside to playing the game is that you can’t really enjoy the intricately choreographed dance videos that play on under the barrage of letters flying about. Well you can do just that and enjoy some fun poppy music with the anime idols performing the videos. It’s a bit of simple fun but it’s nice when I want to enjoy the game without actually playing the game.

Hatsune Miku: Project DIVA Future Tone is my first musical rhythm game in a while but it’s right up my alley. The poppy music and the anime aesthetic is right in my wheelhouse. If rhythm games, anime, and Japanese pop music checks any of your boxes then this is a game that you’ll definitely enjoy.