REVIEW: Kotodama: The 7 Mysteries of Fujisawa 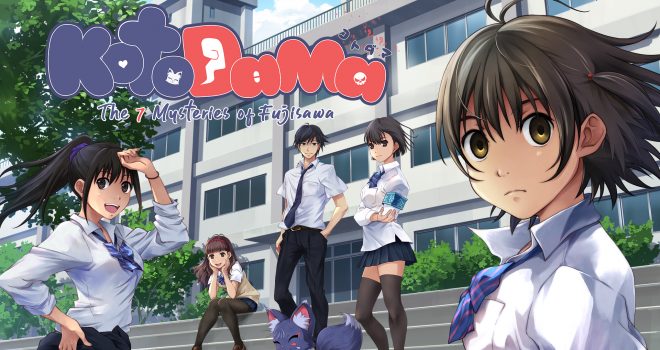 Kotodama: The 7 Mysteries of Fujisawa is a cute visual novel and puzzle game hybrid that was fun to read through the first time, but the looping and repetitive story makes getting through the entire narrative tough to push through.

The game is mostly a straight forward visual novel, but it’s more of a “choose your own adventure” novel. As you read through the story you are given a little bit of freedom. The story opens up and let’s you choose locations to search. It creates the illusion that you can create for your own Destiny in the game, though no matter where you start you’ll end up cycling through all the dialogue and ending up in the same place. 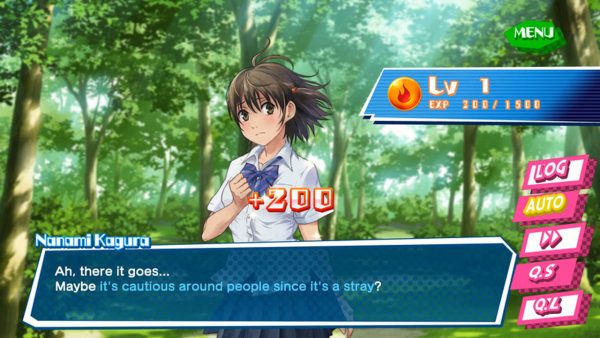 Some of the dialogue gives you a few choices to reply. These replies often lead to unlocking new keywords. The more keywords and clues you find, the more potent your power in the puzzle phase.

The protagonist you play as in the story has a power that he uses to find the truth. He uses this power to strip away (literally) someone to reveal their often hidden truth. This is where the puzzle part of the game comes in with a match three puzzle.

The puzzle portion of the game is a different sort of match three than I am used to.

Most of the match three puzzles that I’ve played let you swap the place of any two gems. In this one you select a single gem and it moves to the top of the column. This move doesn’t have to result in a match, however you have a limited number of moved. This difference creates an entirely different strategy that takes a bit to wrap your head around.

To beat the puzzle you need to full up a meter. For every quarter you fill up the meter you’ll get rewarded with another 10 moves, as well as partially strip the character featured in the puzzle. You also charge up another meter which you can drain to attempt special moves.

The puzzle is pretty fun and challenging in the later part of the story. 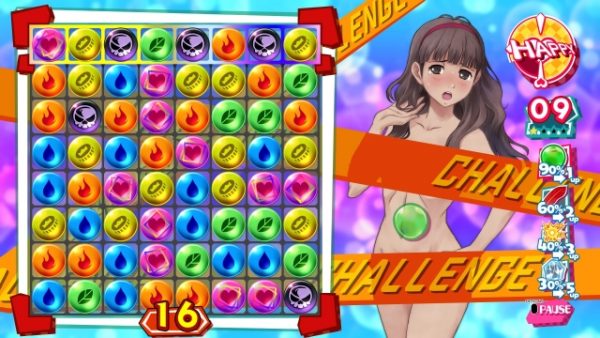 The only part of the game that becomes tiresome is the repetitiveness.

As you progress you end up coming to the end, literally. You’re dead. The first time I was killed and the story came to an abrupt end I was taken aback. Credits roll. Music plays. I didn’t see it coming at all, but it’s actually part of the story. The only problem is that it sends you back to the beginning and you have to redo and re-read the entire narrative.  There are some small differences and your character acknowledges what is happening, but 90% of the story is identical.

After re-reading everything for a third time it becomes hard to stay engaged in the narrative. It’s almost like when you’re stuck in a game and keep playing the same part over and over. I actually put the game down for a few weeks before jumping back in.

I came back with fresh eyes and jumped back in. Something I found is that the game actually has a skip button that will fast forward through the dialogue. However it won’t skip past any new narrative. This is a lifesaver.

Unfortunately I ended up on a repeating loop and kept dying on the second day. Skipped through the text, played the puzzle challenge, and then was killed. Four loops and I put the game down again. Maybe for good.

It’s a shame. I was really interested in getting to the end of the story. Sometimes a game mechanic can get in the way of a good story.