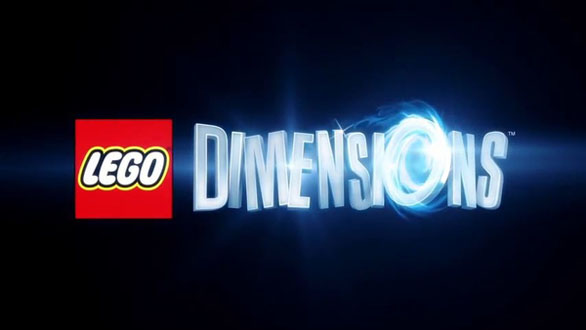 If you’ve been into any NFC figure game, which LEGO Dimensions is, you know how daunting those shelves filled with figures can be. Fortunately Dimensions goes a long way to make the whole process feel a lot less painful and more of an enjoyable investment. That isn’t to say you need additional figures and that’s the most important part of the game. You can play through an amazing story that spans fourteen franchises with the base game.

The first thing to know about Dimensions is that you do get a large block of content with the core game. There’s something like fourteen levels, which doesn’t include any of the additional adventure worlds that can be accessed with the figures that come with the starter pack. In quite a generous move, all you need is one character from a specific franchise to open that specific adventure world. So Batman opens a DC Universe world, Wyld Style has access to a LEGO Movie world, and Gandalf of course has a Lord of the Rings world to explore.

You can have any mix of these characters along for the ride as well. So Batman and Wyld Style don’t have to sit out the trip to mini Middle Earth. These adventure worlds are free roam stages that are separate from the main story. You’ll go on short quests for some of that franchises characters, explore a decent sized area filled with various collectibles and things to discover, and get to enjoy more from the franchises featured in the base game. 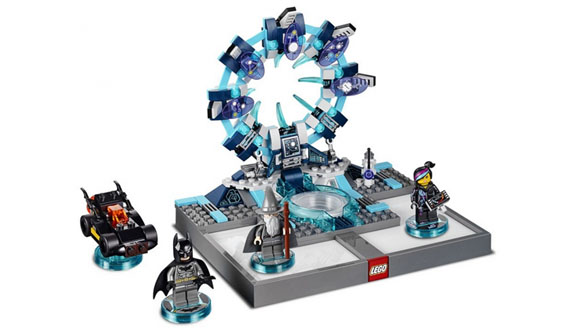 What makes this so cool is that it gives value to your figure purchases. Sure, you can play as the characters and you get new vehicles or what not with some of the various packs. But also you can enter those adventure worlds and have fun in them. Different characters do have other abilities like in other LEGO games, so it does help unlock collectibles but if that turns you away you’ll be happy to hear about the latest update to the game. We haven’t tried it yet but some spots now allow players to purchase short trials of other characters they don’t own to unlock puzzles and barriers. As far as we’ve seen, none of them block the main story in the first place. It is cool that you are given the option to spend a hefty sum of studs to unlock something without buying a physical figure.

As much as LEGO Dimensions is an NFC game, it feels friendly. Sure you have times when you are faced with needing a type of figure to unlock something but any LEGO gamer knows that feeling as they went through their first play through of various levels. That’s where the replay comes in when you go back through old stages to unlock missed content. However you don’t have to do that to enjoy the main game. 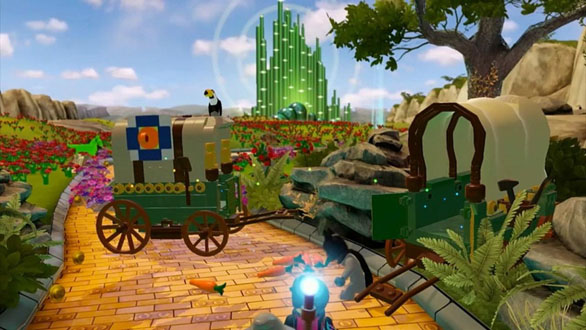 So why am I okay with a game that costs essentially $110 in Canada? Because of the value you get. Obviously LEGO Dimensions wasn’t cheap to start with. All of the franchises included are a big deal. I mean, you even get a Doctor Who level in the base game. There is a stage for The Simpsons. You take on arena battles in Ninjago. That’s a lot of content to license. All of that aside, the game does actually come with physical toys too. You get three mini figures and a recombinable mini Batmobile with the game. Not to mention the portal itself which you can construct along with in game instructions from a traditional LEGO manual. All of that makes the cost easier to swallow. Of course that also includes access to the three adventure worlds, one each for Batman, Wyld Style, and Gandalf.

Interestingly, there is more to the portal than just looking pretty too. It’s not much but it’s a nice touch for fans of LEGO board game products. The portal itself nestles these round discs called keystones on the back of it on little pegs. On the front of the portal there are spots for these as well. As you progress in the game and collect these, you’ll be asked to move them to the front of the portal. So as basic and nerdy as that sounds, it is a nice physical interaction. 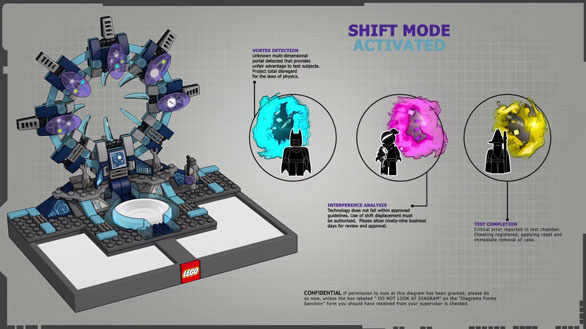 Speaking of getting physical with the game, the portal isn’t just there to get your figures into the game. Many times you’ll be using it as a sort of game board in itself. There are three sections of the portal. A right and left field, and a middle circular platform. Through the game you’ll use these different areas to solve puzzles or activate different abilities your characters have. While this can sound draining, it is actually a fun way to keep the figures involved. I don’t know if I just got lucky, but I can’t think of a time I felt like I was losing control of the game. I’d move the figures around, look back at the screen, and my characters didn’t seem any worse for wear. So it wasn’t a distraction, at least for me.

I’ve been playing through the story with my wife in co-op. This works well and splitting apart to wander different areas even works in adventure worlds. Considering we’ve been playing on Playstation 3, this was a decent surprise. The adventure worlds aren’t huge, but they are a good size. We’re not talking like the wild west town in The LEGO Movie game. They have a decent bit to them, and possibly some areas we haven’t even discovered yet. Take Springfield for example. There are like two blocks of houses in the Simpsons neighbourhood. Krustyland, the outside area of the power plant, and various buildings in the downtown area all make up a decent play area. I won’t spoil it all, but there is a good area to explore. There could have been more characters from the series there, but it was still fun. 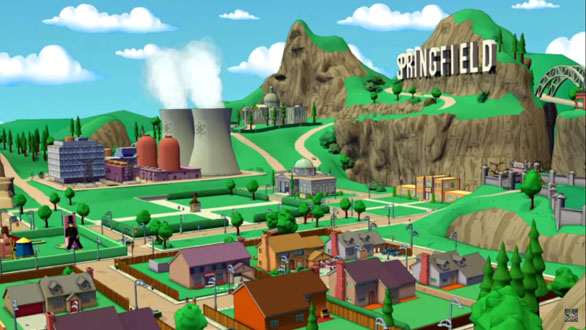 What I’d recommend is if this title interests you, pick up the base game. On it’s own, it feels like a complete product. Additionally, focus on things you enjoy. If the Level Packs feel too expensive to you, even though you do get another level on top of just an adventure world, then just buy a fun pack from the franchise you want. That way you’ll get the adventure world and a character to play as in that world, along with being able to bring over the rest of your figures as well.

Bringing along lots of figures is easy since the portal does support many characters at the same time. The game plays like previous LEGO titles in that you can swap between characters easily. So you can load up the portal with a mix of up to seven or so characters. Not to mention taking one off to include a vehicle or such instead. This makes it possible to have a lot of your physical content in play at the same time. 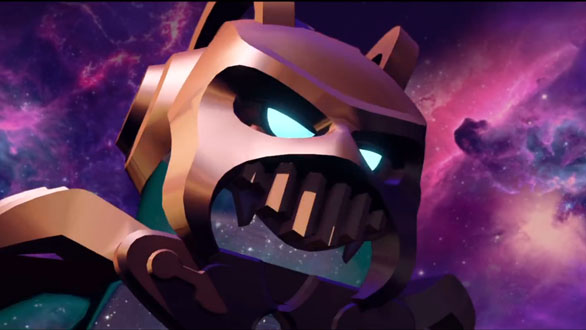 All of that is wrapped up in a nice neat little package about Lord Vortech, a bad guy played by Gary Oldman himself, trying to merge all the universes into one that he can control! This is accompanied by lots of great cinematics throughout the story campaign. All of this is accessible in the starter pack. As you can see, there is value here. As daunting as those store shelves of figures may seem just remember, there is a full game here to enjoy. All of that is additional content that you can enjoy in parts. Play through the story and see what franchises interest you. LEGO Dimensions is a great story and worth checking out without fearing all of the additional goodies.

As noted above, we’ve been playing on the PS3 copy and I do need to stress that this is a solid and enjoyable version of the game. It looks good! The graphics are nice, the worlds are decent sizes, and loading times really aren’t that bad. Even if you’re on a last gen console, LEGO Dimensions is a worthwhile purchase. I don’t know if the portal itself works across consoles, most don’t, but the toys will. So even if you buy the game on one console, you can use your figures on other consoles if you have friends playing on another version of the game with their own portal. 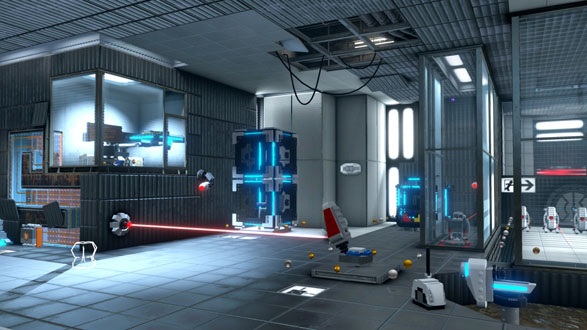