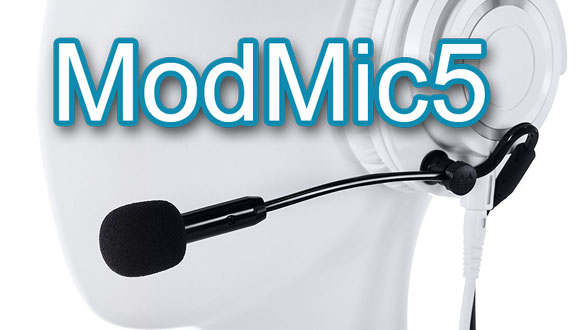 Audio is one of the most difficult things for a company to promote. “It’s the bestest of the best ever!” really doesn’t fly when you’re trying to tell someone how good recording quality is on a mic. Typically with something like this you have to hear it to experience it. Unfortunately that’s part of what kept my review of the ModMic 5 so delayed. What’s worse, I feel even more terrible for it because I like this product! Now that I’ve had time to compare ModMic to other headset mics I have, I’m most impressed with the quality here.

Lets get right down to it. I’m not just a game reviewer but I’m also an animator. Audio is important to me because I want my productions to sound professional. For years I’d been using an actual stage microphone, rigged up to be able to plug into my PC. Sadly that finally broke after over a decade of service, and I’d bought it second hand. From there I’d picked up a Yeti desktop mic from Blue. Typically that’s what I use on most of my recordings. But what about location shoots where audio matters and you don’t have a big setup? How about while streaming from a game console and you don’t want all the audio from the rest of the room?

Everything else I have is okay. It does it’s job and I’m fine with it for everyday streaming needs. After going over some tests, I decided the ModMic was my choice for things I needed a professional sound for. Clearly, that means a lot to me. I can’t have bad audio if I’m making a product to sell to my audience. Even worse, if I have to struggle with terrible cellphone recorded quality, it takes me forever to edit that audio to usable levels. Now that I have the ModMic 5 in my toolkit, things are a lot different.

There’s just that quality bass to the audio recording that makes me feel that this is a quality product. Literally my answer for why it’s my choice is because it sounds good. The mic itself is able to be held as well. So far I haven’t noticed any distortion from holding it in my hand. Overall, the mic itself is meant to be attached to a headset via a little sticky pad on the end. I haven’t decided what I want to do with it however. The mic is designed to be fixed to a flat surface on your favorite pair of headphones. For me, I love the mic as a product on it’s own.

Let’s get right down to it. Me sitting here typing about how much I love this mic isn’t going to show you that it’s good. So below is a reading from a visual novel project I’ve been working on. I’m sure you’ll note the difference.

Even with the foam pop filter on the mic you do need to be careful about being too forceful on it with harsh breathing, though it’s not that much of an issue at all. Plus it could be due to me holding it as well. I found the omni-directional recording option to be better for my needs. It was both louder and seemed to have a bit higher quality. I didn’t experiment between the two very much however.

As for the cord that comes with the mic, there are two sections and the mic cable from the unit itself. In total it’s over three meters of cord. So certainly more than enough for most uses. Along with a optional in line mute switch, a few extra clasps, and it’s own carrying case, the ModMic 5 comes with a nice setup that is easy to carry around with you. Considering it uses a 3.5m jack it’s also very versatile. For a product that runs for $69.95 USD on Amazon.com right now, you may overlook the ModMic. However, the sound above is obvious evidence that this isn’t just another run of the mill computer mic. ModMic by Antlion Audio is a quality device and one I’d recommend if you do a lot of personal audio recording. I’m sure I’ll find many uses for it and I’m very happy to have it as part of my creative toolkit.