REVIEW: My Nintendo Picross: The Legend of Zelda: Twilight Princess 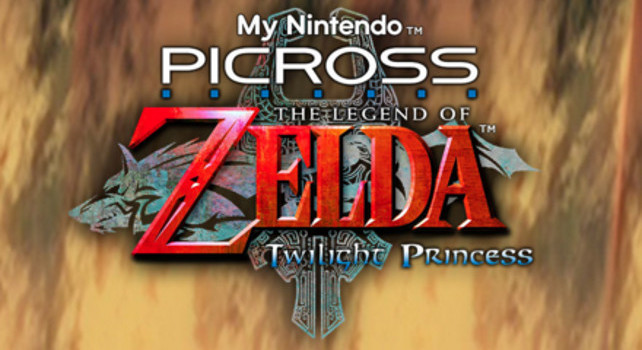 My Nintendo Picross: The Legend of Zelda: Twilight Princess is not a bad little puzzle game, and a great start for a My Nintendo-exclusive downloadable game. The game is also developed by Jupiter, who have been the minds behind pretty much all of the Picross games on Nintendo platforms since the very first Mario’s Picross on the Game Boy.

The game can be redeemed through My Nintendo with 100 coins, and is especially quick to do if you’ve downloaded Nintendo’s first mobile app Miitomo. By completing a few simple “missions” with Miitomo and My Nintendo it’s easy enough to rake in enough coins to get this game.

If you’ve never played a Picross game, like I hadn’t before now, here are the basics. A Picross is a picture logic puzzle in which cells in a grid must be colored or left blank according to numbers at the side of the grid to reveal a hidden picture. To solve a puzzle, look at the hint numbers above each column and next to each row. They will identify the number of squares that will be filled in on that row. You then need to deduce where the squares are and fill them in to solve the puzzle and reveal the picture. By placing “X” marks on spaces that don’t need to be filled in you can make that deduction even easier. If that sounds confusing at all, it really isn’t. And luckily there are few tutorial puzzles to start you off in case you’ve never played a Picross puzzle before.

There are 45 Zelda inspired puzzles in Picross mode or Mega Picross mode, ranging from 10×10 puzzles up to 20×15 puzzles. There is also a massive 80×80 puzzle in Micross mode, which has you solving little puzzles that make up one larger puzzle. The game can be played one of two ways, with the stylus or with buttons. Both are equally effective, with it coming down to more of a personal preference.

When each puzzle starts you will be given the option to use hint roulette, which will reveal one row and column. This is something that you can skip, but is a great tool to get you started. The goal of each puzzle is to solve it within 60 minutes. The only trick is that each time you incorrectly fill in a square you will be penalized time. This starts at 2 minutes and doubles each time up to 8 minutes. The puzzle won’t end if you pass the 60 minute mark, however you won’t get to see the final picutre and will have to try again. The presentation in the game is fairly straightforward, though is done very pleasantly. The game is aesthetically based around The Legend of Zelda: Twilight Princess and has both the visuals and sounds from the game. As such the game looks great and the music is both familiar and enjoyable. The addition of Midna as your tutor, with her little sounds here and there, is also nice.