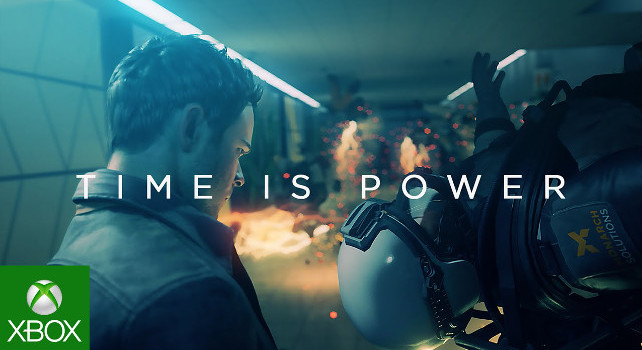 Alan Wake is an amazing game that everyone should play. Quantum Break is essentially a sci-fi take on the Alan Wake franchise. There, that was an easy review, wasn’t it? Oh fine, I’ll get into the nitty gritty. The basics here really are that Quantum Break is a fantastic creation that is only hindered by the same issue that Alan Wake had, the ending. Otherwise both games would be perfect. Without giving spoilers of course, Alan Wake had DLC packs to continue the story. Quantum Break needs those as well. I’d love to share more, and I may in a future article with lots of spoiler tape wrapped around it, but that’s really the only issue I had with the game.

The big draw of Quantum Break is that it includes TV show episodes along the way that are told in live action. Sometimes the character models are so good that you do get lost in the transition. It becomes apparently quickly, but the models do a great job of looking like the actors they represent. So how is the TV show? It’s great for multiple play throughs. Meaning, the first time you see it you’ll probably glance over the characters and shrug. It’s fun content, but you don’t really know who to care about at first and with it being only a few episodes there isn’t much time to really get invested in them during that first run. The first episode especially has this feel because you’re introduced to all new characters that you probably haven’t met yet I don’t think. So watching the episode for a second time after beating the game really does breathe a lot more excitement into it. 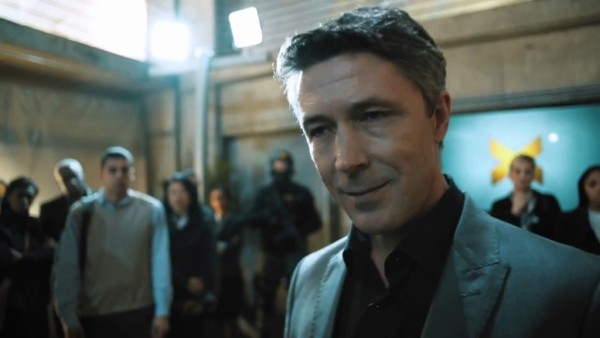 Not only that, each lead in to the show is lead by a section (that is more a gameplay spoiler than a story one) that lets you play as the series villain Paul Serene. In this, Paul is given the choice to make one of two decisions to further the story. It’s not as simple as deciding what to do to benefit the good guys though. Each choice has pros and cons, so you need to weigh what sort of advantage you’d want to have. Throughout these are decently meaningful and do change the TV show in ways that sometimes branch slightly to give you different content. They’re not huge changes, but the game itself can be decently affected in terms of what characters you’ll meet up with.

I found the storyline itself to actually be quite awesome! Many times the plot dips into it’s timeline to point out why things happened and to ponder if time travel really can make a difference for those still in the past. Essentially the big question is, can your actions really save the future if the time traveler has already lived through this period of time before. So are you just experiencing what is already pre-destined, or could your actions alter the outcome and change history. 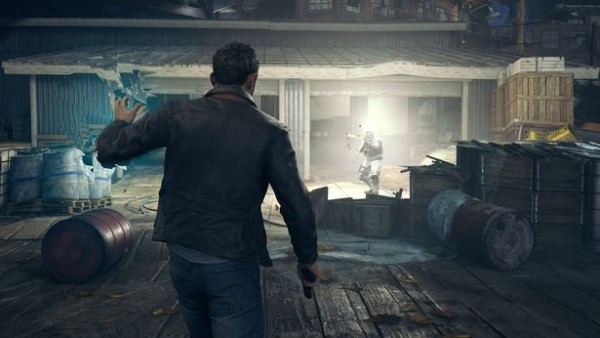 The way the story loops in on itself is actually really neatly written. It’s clear the writers knew the story would be picked apart like crazy and there are occasional nods to the questions gamers themselves may even ask. The light hearted comedy of Alan Wake is present here as well in the sarcastic humor included. This makes the experience of playing the game very enjoyable. Much like Alan’s agent in the original Alan Wake, there are characters in here to keep things quirky, but of course at times dramatic and meaningful as well. It’s an awesome balancing act that Remedy seems very capable of pulling off well. After all, no one is just going to accept that time travel exists because some random strange tells them it does. This is taken into account.

Gameplay wise, combat is an absolute blast. You’re given an expanding set of time related powers as you continue on and they do really make you feel amazingly strong! Playing on easy, because I wanted to enjoy the story, I found the biggest challenge was to not get too arrogant. Rushing in and pretending to be The Flash with an arsenal of guns is an awesome experience. However you need to keep an eye on the damage your taking as well. Most of my deaths came from rushing along. There is a good mix of abilities which keeps combat fun. Though they each have their own cool down timer, that just lets you move into using different tactics while your favorite skills recharge quite quickly to be used again. 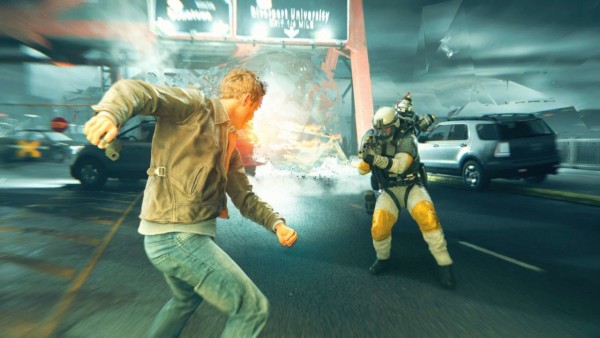 Environment wise there are a decent number of places you visit along the way. The areas are beautifully crafted and time stutters add to the gameplay experience. Because of the one time machine acting up, there are moments in time that freeze. Our lead hero Jack Joyce was caught in the original event however and has the ability to move around during these stutters. So you’ll see enemies flung into the air and just hanging there, light trails coming off vehicles and stars like an over exposed camera photo, lots of neat effects like that. Even the music gets into the whole time stuttering spirit and has some really neat slowdowns and effects that fit the theme, especially in combat.

Like Alan Wake there is a wealth of material to explore here in terms of emails to read, letters, plaques, even TV clips. This is where the game gets a bit heavy in player excitement. Buried deep in some of the content are some amazing things that you just don’t see much of in the game. Again, I don’t want to spoil anything here. But we need more Quantum Break. I’d be fine if we just got a bit of these great ideas near the end, but we don’t. That isn’t to say the story isn’t satisfying, but those teases just don’t materialize into much in terms of story and leave players with lots of speculation. That’s great for the want of a sequel, but we could have had just a bit more content to wrap it up into a perfect package. It’s great reading about all this, and you prepare for who knows what to come out of it, but in general nothing does. 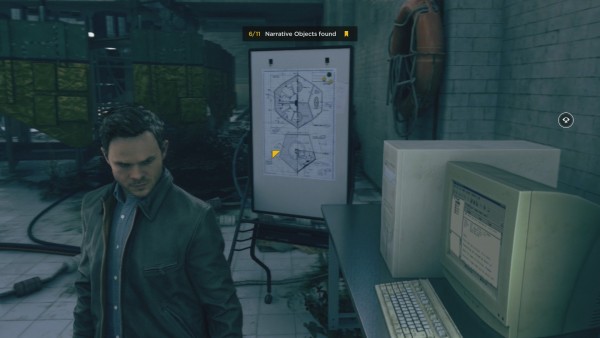 That isn’t to say the main storyline doesn’t deliver. If you don’t read any of the additional content, odds are you wouldn’t even miss what seems to be saved for DLC or a future release like Alan Wake: American Nightmare. To be fair though, Alan Wake’s DLC added the villain who would become the star of American Nightmare. Hopefully we will get DLC or such to expand this storyline. Until then, there is a lot here to be enjoyed and Quantum Break is a fantastic ride to take! It’s even enjoyable to replay. I did find most of the collectibles along my first play through, so it does feel relatively liberating to just run around and blaze through a second run.

With fun gameplay, clever references and writing, as well as the look and feel of more Alan Wake like style told in a brand new sci-fi IP instead of supernatural, this is an awesome package! The characters are likable, the environments are fun to explore, and the content is solid. If I had to give Quantum Break a numeral award, I’d say 9.5 out of 10. It just needs that little bit more of a tease at the end, but I assume the creators want us to imagine our own sequel first without any spoilers. 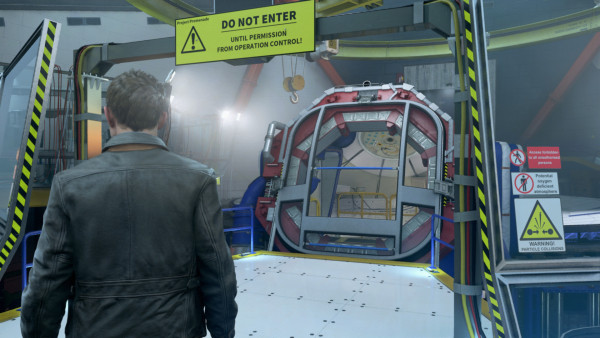