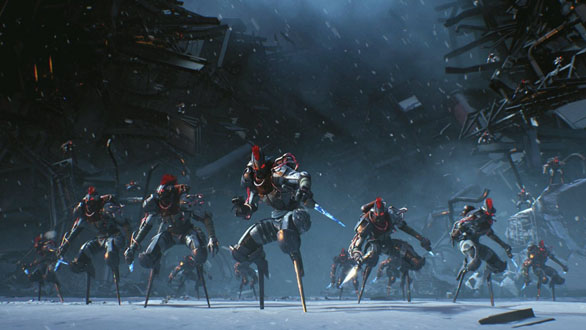 Considering it sounds like Bungie was hoping to have Destiny 2 out by now and Rise of Iron wasn’t originally in the cards, you’d be hard pressed to know it. In this expansion you venture into the plaguelands, a patrol area that overlaps some of the sections of classic Earth patrol with a new snowy theme. Along with the change in the weather comes signs of a vicious battle as well as strands of red vines called Siva, a nanite weapon that is growing out of control.

By this point with Rise of Iron being the fourth Destiny expansion, you pretty much know what you’re in for, but for gamers who haven’t taken the plunge there is quite a bit of content now. The first two expansions gave players quite a bit of running around to do through shorter stories in previous areas. Meanwhile The Taken King was quite a massive third expansion which added a large new play area, an alien ship to explore over Saturn.

Many of these expansions, including Rise of Iron, included strikes and raids. Strikes are missions you complete with a team of three which leads up to a boss battle and tends to have good rewards. Raids can include up to six players and include both puzzles and battles to keep everyone busy. So what really keeps people playing Destiny? We’ve all heard the complaints that it’s a grind and not much content is really added story wise in each expansion. 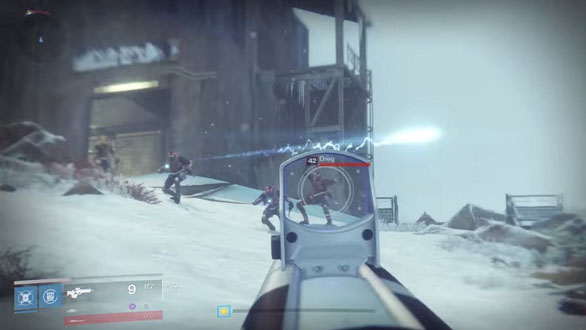 The experience itself is great! My friend and I finally buckled down and accepted that we’d have to place an awkward personal ad of sorts to find ourselves a group to play with. The raids don’t matchmake for you, nor does some other in game content. So we went online and begged random strangers to come to our rescue so we could run some of the earlier raids we’d missed. In less than twenty four hours we had a group.

It’s really spending time with these guys and running content to get new gear that keeps us playing. We socialize, have a good time, and enjoy the solid gameplay. It’s not exactly the same but in a way Destiny even brings back memories of StarSiege Tribes. You have these amazing double jumps instead of a jetpack and lots of great fire fights. The whole experience is fun and that’s what keeps us coming back and trying to get new gear and goodies to drop from replaying raids or other multiplayer sections.

Really I’m hoping the sequel will grab the MMO style of Destiny and expand it deeply. What I’d really like to see is constant character improvement. Typically when you go back into older areas in Destiny, your character gets scaled down a bit. You’ll still be a beast, but you can’t expect to one shot any old foes. If Borderlands and Destiny had a baby that kept the rewards and leveling coming, it would be a completely addictive experience. More so than what Destiny already is. 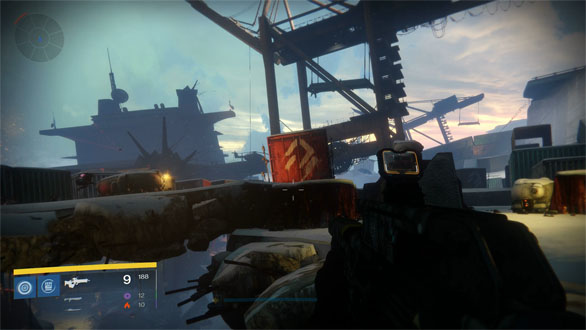 All that aside, the fact remains that what we do have is fun. If you’ve enjoyed Destiny in the past and have people to play with, you’re going to enjoy going through this latest batch of content. Story content does need to be detailed out more and I still dislike that collecting gear unlocks cards to read online. I want everything in my game itself. Give me a reason to visit the Speaker, the leader of the Guardians you play as. Let me filter through a list of his unlocked knowledge and read the text of those cards in game. Or better yet, when the card is about an exotic weapon, let me use my Ghost robot friend to scan the weapon and learn that data from them in my own inventory.

So what do you get in this pack? As mentioned above the plaguelands are an overlapping section outside the wall of the Cosmodrome on Earth. You can wander back into familiar areas and see what they’re like all battle scarred and Siva covered, but the new content holds up as well. From a destroyed shipyard with a massive tanker that seems split in two like the wall of a collapsed apartment building baring it’s rooms to the outside world, to more factory like complexes to wander through while having fire fights with upgraded Fallen warriors. The new enemy type are called Splicers which are basically cybernetically enhanced Fallen. They come with a new Shank as well, a flying robot enemy, which is electrically charged to explode when it gets too close. This comes as a disadvantage to them however since they can be destroyed to take out nearby regular Shanks as well. 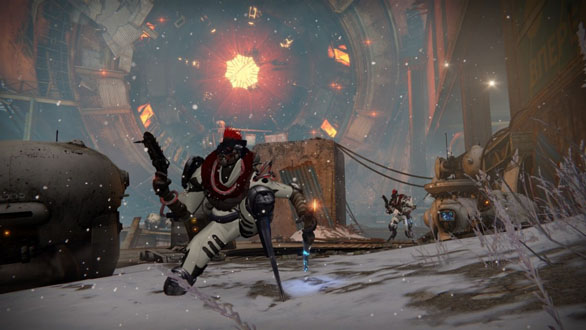 The main story mission is fun as well, even though it’s sadly only two hours long. There is still more content on top of that though. Like quests to find new guns which do include spoken dialogue and story bits along the way, so saying the story really ends after two hours isn’t entirely true. Plus there is the strike, the new raid, and patrolling that new plagueland area. There’s also a new social area in the cold mountains where you’ll find the temple of the Iron Lords.

In short, it’s more Destiny. Somehow Rise of Iron jumps that hurdle of feeling like the same old thing and creates a familiar nostalgia that becomes an enjoyable experience. Fighting familiar enemies isn’t a rehash anymore, it’s your part of the war against the darkness. Exploring old content with new visuals isn’t a slog through reused assets, it’s a fun experience with new collectibles to find. If you’re still playing Destiny, you’re getting more of what you enjoy already. You’ve got your friends online to enjoy it with, and you want to take an evening off and go find more gear with those people. 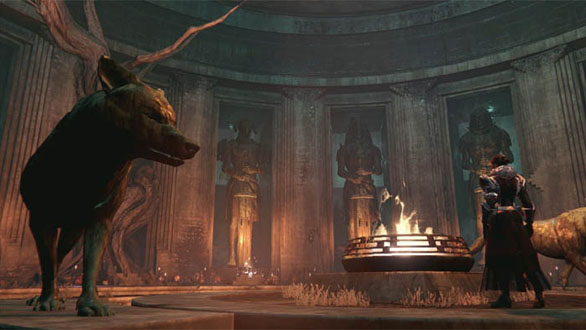 Plus who knows what new events will be waiting for us! Will Sparrow League Racing make a return? What will the new Iron Banner be like when that relaunches? So is Rise of Iron worth the admission price? Well I’ve already spent more time on it than I probably should have, so I think that speaks to it’s value right there. It’s more of what you enjoy with new stuff to discover.