REVIEW: This is the Police 2 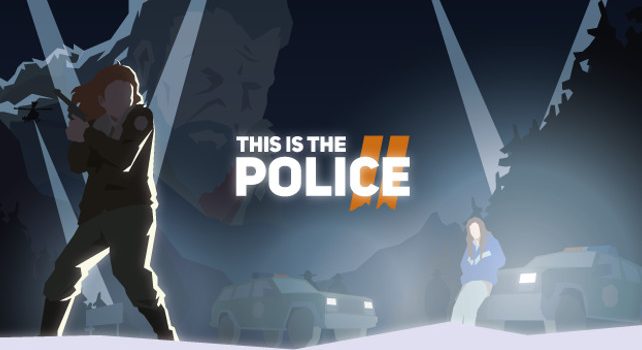 This is the Police 2 is a hard game to review. It’s not really the game I thought it was and is one of those rare instances where you really have to have some historical context to get everything out of it. There are times when you can jump into the latest iteration of a game and be just fine. You often don’t need to have played through the previous games to get the most out of it. Boy, This is the Police 2 isn’t one of those games.

Right from the start I was completely lost. The game starts out with a long series of opening cinematics and comic book styled cutscenes which sets the scene for the game. Discussions, interviews, and even a little interaction which left me feeling bewildered right off the bat. At one point I had to answer a series of interrogation style multiple choice questions.

Who was I when I answered these questions? I had no idea.

Who was asking the questions? Beats me.

Did the answers to the questions make any difference to the rest of the game? Couldn’t tell you.

The initial draw I had to the game came from the trailers for the game which showed off real-time strategy levels like games in the Final Fantasy Tactics genre of games. I’ve reviewed a few of them and I love them. A good hour or so into the game they were still nowhere to be found. They did start to appear and I’ll get to those in a bit, but the lead-up to what I thought was a core part of the game was slow to say the least. 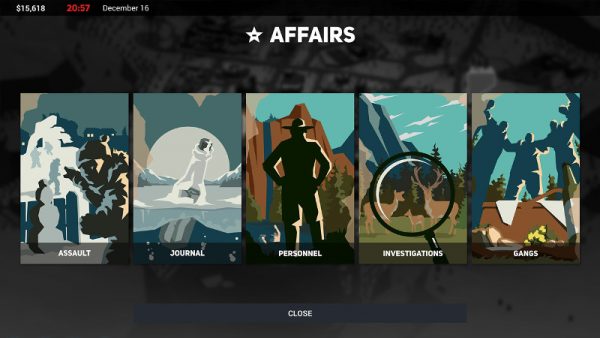 The real core of the game, besides the long cut-scenes that advance the story narration after each day, is maintaining and assigning deputies to calls on a town map. Various calls will pop up on the map and you can assign the deputies you have staffed for the day to those calls. Each call has a different task and you have to choose the deputy that you think can handle the task. Deputies have stats which you can improve through successful call completions. Things like strength, stealth, shooting, and so on. The calls also have a required star level for officers who respond. Each deputy also has a star level and there needs to be enough responding deputies to fulfill this requirement.

These calls are sometimes passive and sometimes require intervention, which results in a series of multiple choices. You can select from three possible responses to each call and choose the officer who will take the action. The results of these actions really feel hit or miss. More than once I thought I made a reasonable choice only to have the offender get away, have someone killed, or the officer injured. This resulted in a negative score at the end of the day. I guess it’s par for the course for the difficulties in predicting the way things will go in the real world of policing, but it was a bit frustrating that these tasks seemed to be completely random.

Ignoring a call is also not a possibility if you don’t like the call. Missed calls also count against you.

Things also get darker and more complicated with doing part-time tasks for townspeople to earn money and having to pay off someone (no spoilers) which requires earning off the books money. You’ll also deal with the HR part of the job with some deputies not showing up for work, refusing to work with some other officers, asking for time off, etc. And if they get shot or otherwise injured they’ll be off for any number of days.

During the daily calls that come pouring in there will occasionally be tactical calls, which are the real-time strategy missions. These missions allow you to choose deputies to assign from your pool of daily officers, of those who aren’t already out on other calls. Since you don’t know when one of these calls will pop up it can be tough to make sure that your group of officers has equipment that will be useful in the mission. Things like batons or tasers get assigned every day so it can be a bit random to ensure that the deputies you have to go on these missions have the correct gear equipped and ready. Some deputies will actually refuse to use certain weapons.

These missions have an emphasis on stealth with shooting as a last resort. With the mission statement of arresting the suspects, you’ll get penalized for deaths and shooting suspects will do nothing but bring other criminals running your way. Taking realism to heart in this game, you don’t have HP that can be restored and there isn’t a handy revive spell to wake up fallen deputies. If one of your deputies are shot they’re pretty much immobilized and a good shot could kill them. And that’s permadeath. Goodbye deputy.

This can make for some slow, grueling, and intense levels where sneaking up and subduing suspects is always a better strategy than running in guns blazing. The way a real police response should be.

The previously mentioned stats really come into play in the tactical missions. As you level up the deputy’s stats they will also get small bonus boosts, which can be selected prior to the tactical mission. Things like having extra effectiveness in cover, getting a shot bonus in case of a miss, or some technical skill like being able to stealthily enter through a window can give you added luck in these missions. 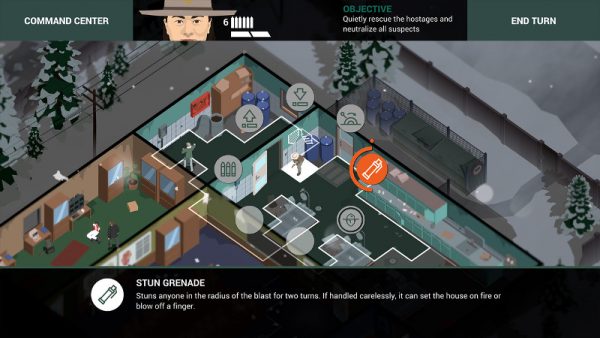 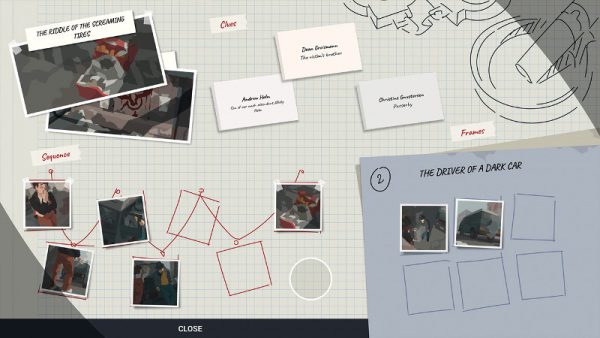 There is also another tertiary part of the game where you slowly collect evidence of longer investigations. You can assign an officer each day to conduct the investigations and gather evidence. These deputies aren’t available for most of the day so you lose manpower, but these cases go unsolved if they aren’t assigned someone. Think of them like sidequests.

Nearly the entire game is fully voiced, whether it’s the cutscenes or some dialogue during missions themselves. The voice acting is pretty solid and the calibre is high. You’ll recognize the voice of the main character as none other than Jon St. John, known as the voice of Duke Nukem. The voice cast isn’t credited anywhere that I could find, but I swear that the sheriff is voiced by Amy Sedaris, Princess Caroline from BoJack Horseman.

Another standout element in the game is the soundtrack. The music is fantastic with dark, moody instrumental orchestral and soft jazz pieces. The soundtrack really adds to the somber, lonely, cold atmosphere created in the game. It’s amazing music. It’s so good.

Overall I liked This is the Police 2 but it definitely wasn’t what I was expecting. I was lost to start the game and the cutscenes sometimes felt like they took too long since I had no idea what was going on with the characters at the start. It’s like walking into a movie halfway through. It really felt like I was starting this game right in the middle.

I would definitely recommend playing through the first game before picking this one up.